Home » About Us » Kelly’s Story

CO-FOUNDER OF BUILDING ARIZONA FAMILIES IS

Kelly is a Co-Founder of Building Arizona Families and the Donna K. Evans Foundation. She was placed for adoption by her birth mother, Donna K. Evans, when Donna was sixteen years old.

Kelly was adopted and placed in a stable and loving home. 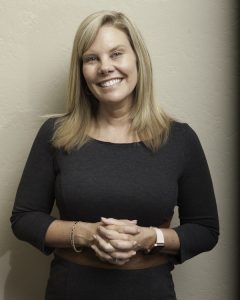 She was given many opportunities and received the chance to go to college and then got her Master’s degree. She became a co-founder of Building Arizona Families, a non-profit, licensed, and Hague accredited adoption agency in Phoenix, AZ.
Kelly didn’t stop there. She understood the importance of caring for birth mothers after they had their baby adopted.

She then launched the Donna K. Evans Foundation, named after her birth mother, who did not receive any aftercare support after giving birth to Kelly. After reuniting with her mother, Kelly realized how badly needed the assistance is and created the foundation in the loving memory of her birth mother.

Kelly is married with seven children. Read more about our adoption agency.

We are operating full service during this time and will not be shutting down operations. Please let us know how we can help.